‘At last! A complete recording of Ysaÿe’s six solo violin sonatas by a Belgian, and very good too.’ 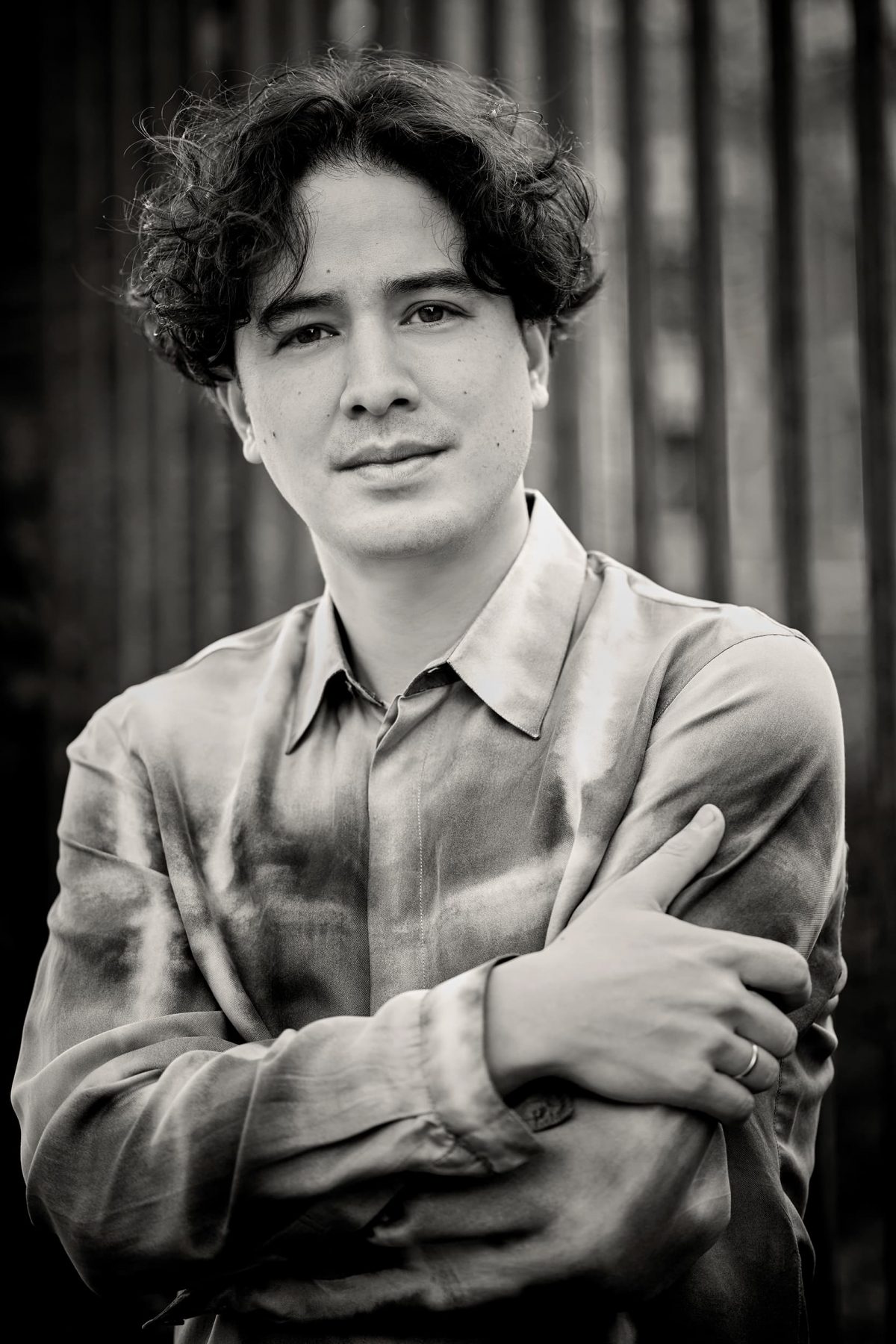 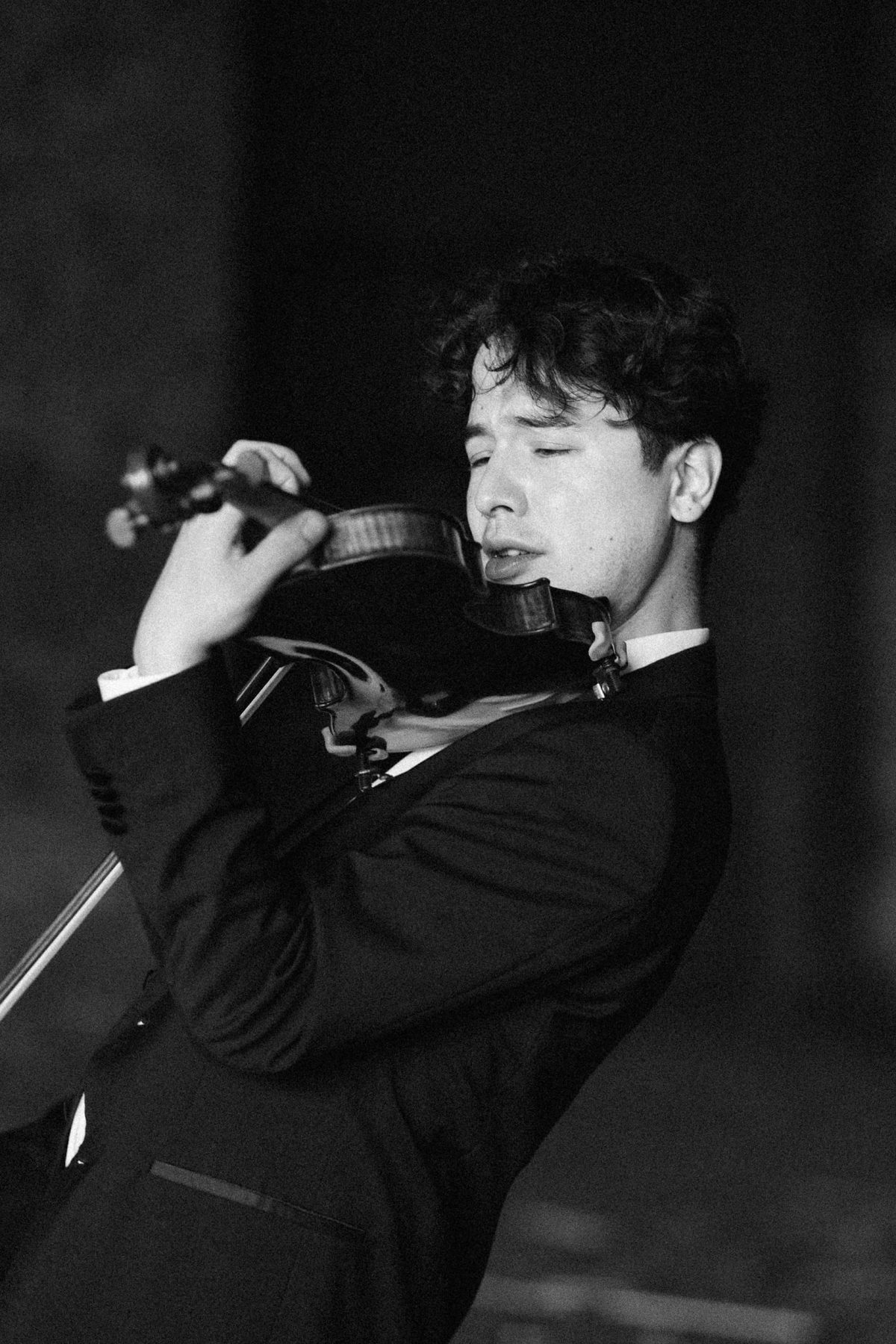 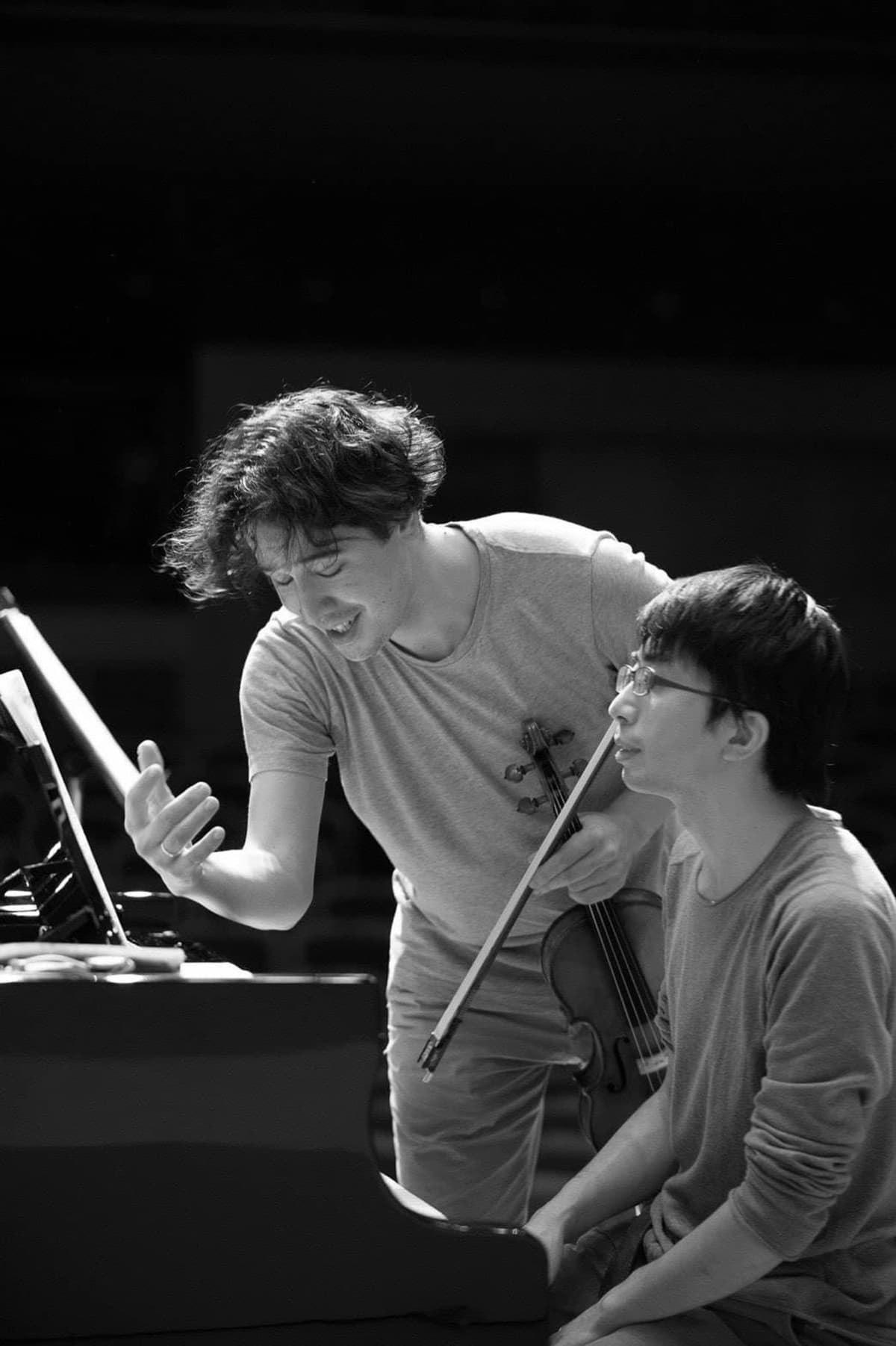 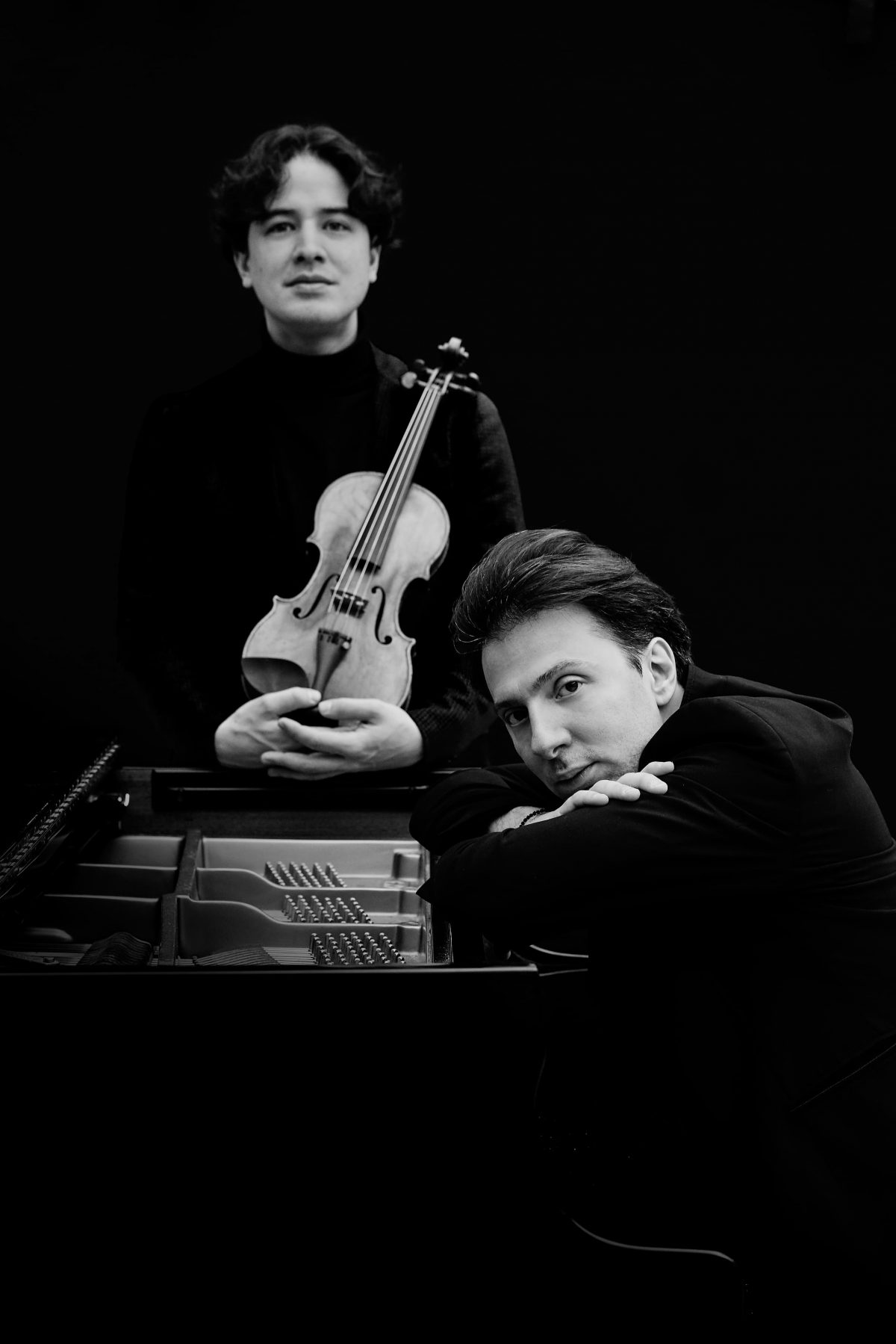 For anyone new to violinist Noé Inui, the wide variety of influences that have shaped his character and career may surprise. To Noé, born in Brussels in 1985 to a Greek mother and a Japanese father, it is as logical and organic as breathing.

Having started to play the violin at the tender age of 4, he chose to study at the conservatories of Brussels, Paris, Karlsruhe and Düsseldorf. This made him understand the various ‘schools of playing’; the Franco-Belgian, the German and the Russian tradition, and the vision of pedagogues Galamian and Stoliarsky.

These insights meet with Noé’s balanced personality, always searching profound musicality beyond his considerable virtuosity. His talents have been recognized internationally, at the 2005 Sibelius Competition (Special Prize for Young Talents), the 2007 Louis Spohr Medal and the 2009 Young Concert Artists/New York among others. He received the Incentive Prize for Young Artists from the German federal state of Nordrhein-Westfalen. At the Verbier Festival Academy in 2012, he was awarded the coveted Prix Julius Bär, presented to a musician of exceptional talent. It led to an invitation in the festival’s 2013 edition. In 2020 the Concertgebouw Amsterdam selected Noé as one of their ‘Classical Futures Europe Artists’.

Noé is grateful for the guidance and inspiration from Mrs. Helga Thoene, and musicians Ulf Hoelscher and Rosa Fain.

‘The soloist in Bruch’s Violin Concerto freed this masterwork from all the usual clichés and underscored its glowing melodic and harmonic richness.’
Neue Rhein Zeitung

Noé chooses his concerts and collaborations with care, allowing the music to guide his path in development. This approach has given opportunities to perform all the main violin concertos, but also less often played concertos like Bartók No. 2, Korngold, Milhaud, Weill and K.A. Hartmann.

Special projects have given him unique experiences. Noé works on a regular basis with the Dutch National Opera & Ballet as a concerto soloist in live music ballet performances.

Close to his way of working, Noé is a committed chamber musician, collaborating on a frequent basis with pianists Vassilis Varvaresos and Mario Häring. After having played in the Trio Carlo van Neste for many years, Noé co-founded the successful Piano Quartet Corneille, which includes Varvaresos, viola player Georgy Kovalev and cellist Ella van Poucke. He teams up with Varvaresos and cellist Benedict Kloeckner in the Trio Bell’Arte.

Invitations by various festivals worldwide enable him to participate in larger ensembles with musicians such as Martha Argerich, Leonidas Kavakos and Julien Quentin.

‘Noé Inui is a talent destined for a brilliant career.’
La Nación

Noé Inui has recorded seven CDs, the most recent of which is dedicated to the solo sonatas by Eugène Ysaÿe. It contains as a bonus the world première recording of an Étude Poème by the same composer and has received worldwide critical acclaim.

with Christian Pfitzner and the Philharmonisches Orchester Nordharz/Wernigerode 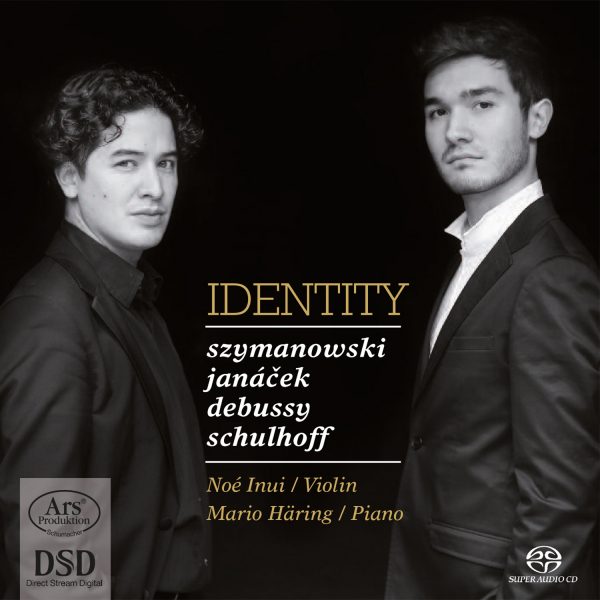 Identity – Music for Violin and Piano 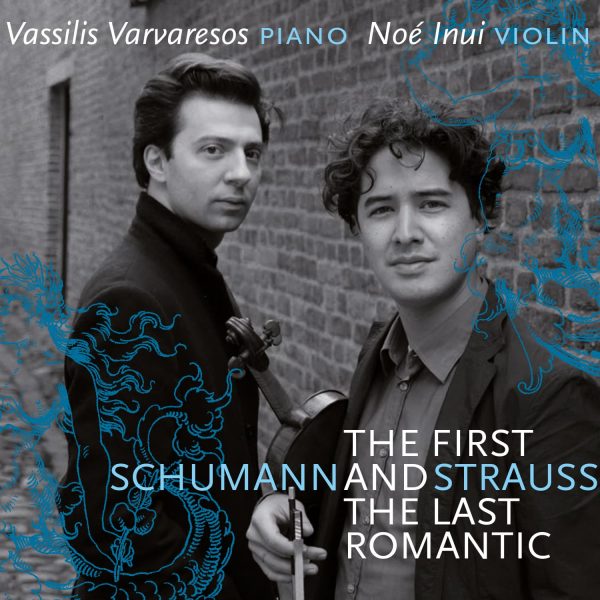 Schumann & Strauss – The First and the Last Romantic

‘L’Aurore’ (or: The Dawn) is a part of the ‘Six Sonatas for Solo Violin’ by Eugène Ysaÿe. As a unique feature in his integral recording, Noé Inui plays with the bow which was given to the composer in 1929 by Elisabeth, Queen of Belgium.

César Franck – ‘Allegro’ from Sonata in A major